Yep, another state on the Western America Adventure Tour!   We crossed the border into Idaho, and we’re spending the evening in Idaho Falls tonight.

But first, allow me to back up a bit to yesterday, when we stopped for lunch at the only Chinese restaurant in Greybull, Wyoming.  It was good.  I was afraid our Chinese visitors might not find it up to their standards, but they gave it a thumbs up!   Our friends taught Baja John the finer points of chop sticking, and we had a blast. 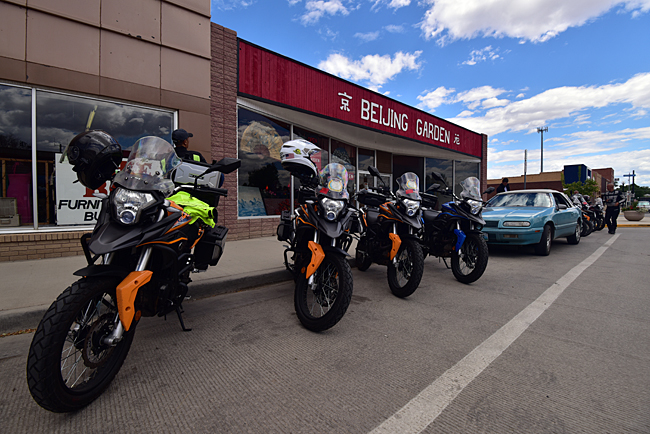 Okay, fast forward to today.   We were on the road at 5:00 a.m. today (you read that right…we rolled out of Cody before the sun came up).   We wanted to beat the crowd into Yellowstone and we did, but wowee, was it ever cold!   The forecast was that it would be in the 30s and it sure was!

Yellowstone is surreal, with sulfur-laden steam spewing forth all over the place.   It was a first for me…I’d never been to Yellowstone before.

That’s Baja John in front of me…we were dressed for the cold, but I think our guests found it to be a little colder than the weather they are normally used to. 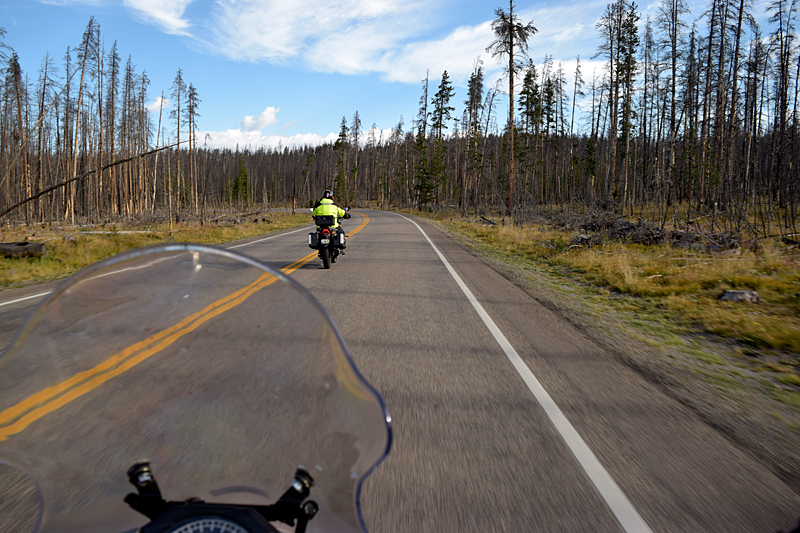 I was nervous about the gas situation.   My fuel light was blinking as we entered the park and I didn’t know for sure if there would be gas in Yellowstone.  John felt confident there would be, and he was right. 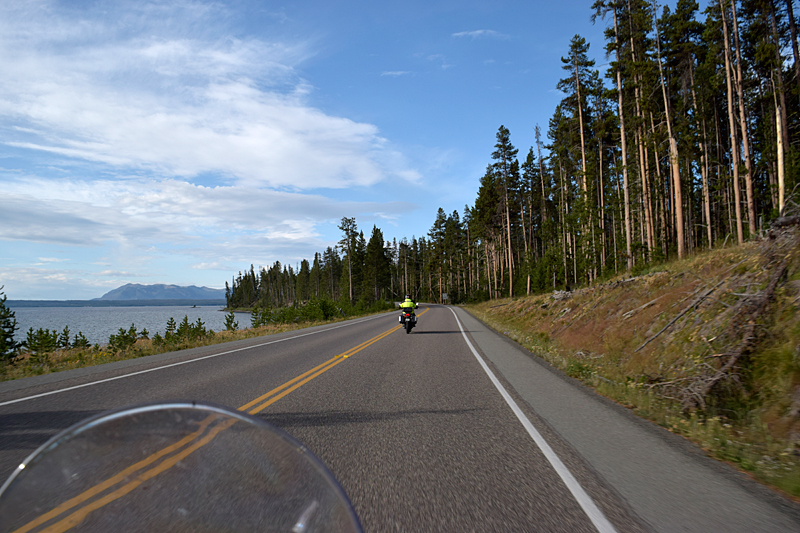 I was glad to see the Sinclair sign up ahead, but before we got there, we had a close encounter of the bison kind.  We were cruising along at about 30 mph, and all of a sudden I noticed this large-as-a-locomotive big dark shape next to me.  I was too slow to realize what it was until I was alongside, but our chase vehicle driver John (we have two Johns and one Juan on this ride) grabbed this photo…I passed within 10 feet of this monster! 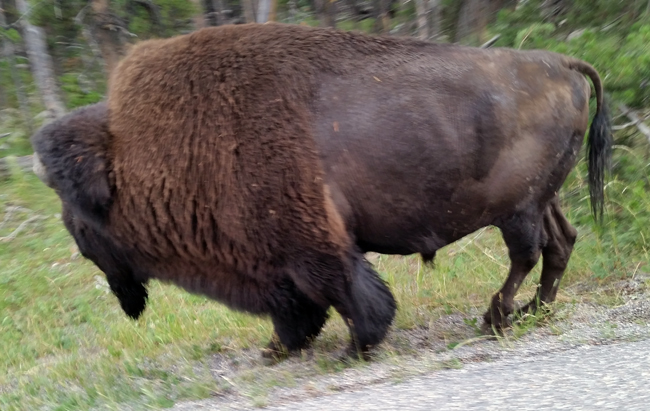 The locomotive analogy is not a bad one.   Just as I went past my big buff buddy above, he  exhaled.   In the frigid Yellowstone air, fog came out this guy’s nostrils.   It was like riding alongside a steam locomotive. 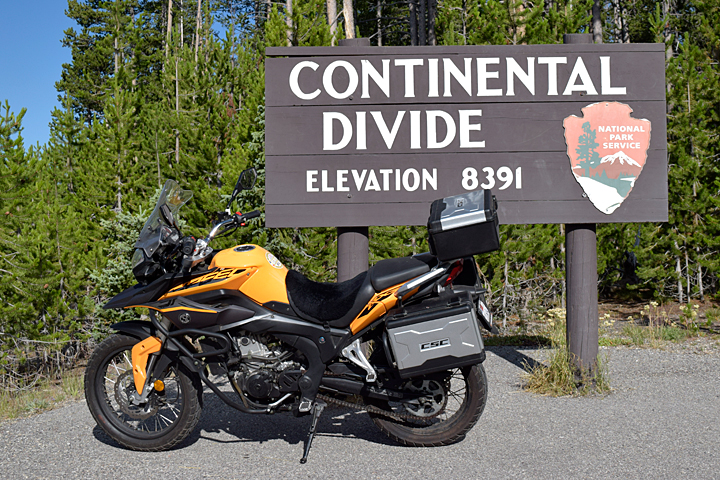 You know, back to that fuel situation again for just a moment.   I checked my gas mileage a couple of days ago and I didn’t tell you about it because I was sure I must have had made a mistake.   I calculated 81 mpg.   Well, I checked it again today after the ride out of Yellowstone, and this time I got 80.86 mpg.   I know that the ride out of Yellowstone was mostly downhill, but still, that’s impressive fuel economy.

The big attraction at Yellowstone, of course, is Old Faithful.   Here’s a shot of the geyser in its full glory…I grabbed this one earlier today. 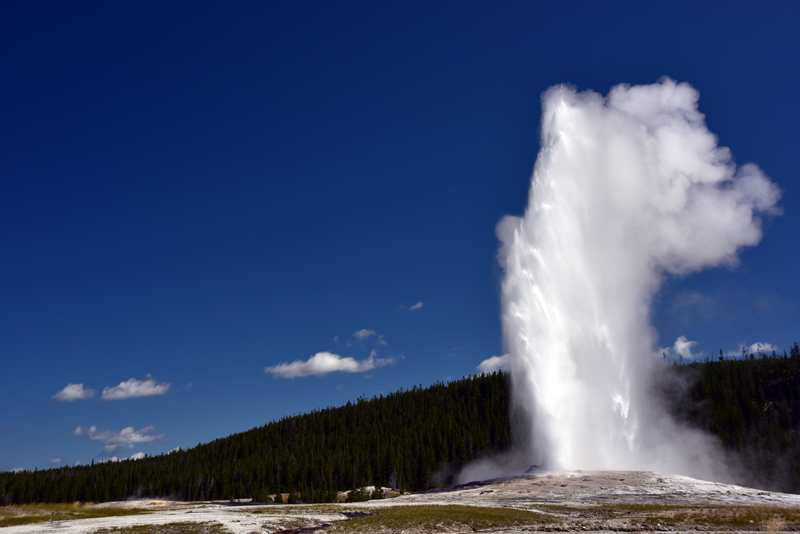 And if that’s not enough, I used my camera’s video feature to capture this…

After Yellowstone, we stopped for lunch and I had elk chili.   It was amazing.  It was still cold out, and I had a cup of coffee, too.   It was a grand lunch in a grand place.

What a day…we next rode through the Grand Teton National Park.

Folks, it doesn’t get much better than this… 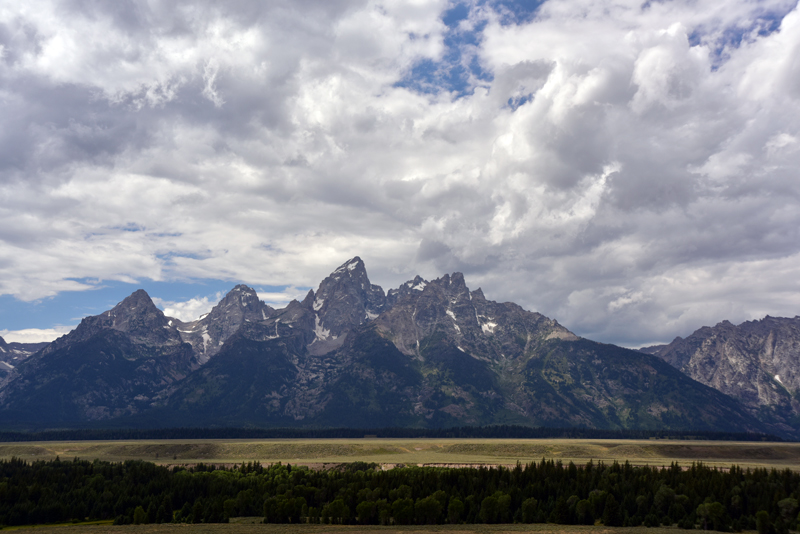 After the Grand Tetons, we rode for another couple of hours and then we crossed into Idaho.   Wow.  California.  Arizona.   Utah.  Colorado.   Wyoming.   South Dakota.  Back into Wyoming.   And now, Idaho.   Didn’t anyone tell this bike it’s “just” a 250?

We had a couple of folks waiting for us at the hotel this evening.   The first is Arizona George, who is riding a portion of the ride with us tomorrow.   George (aka AZRider) has a red RX3.   He’s an interesting man and I’m looking forward to riding with him tomorrow. 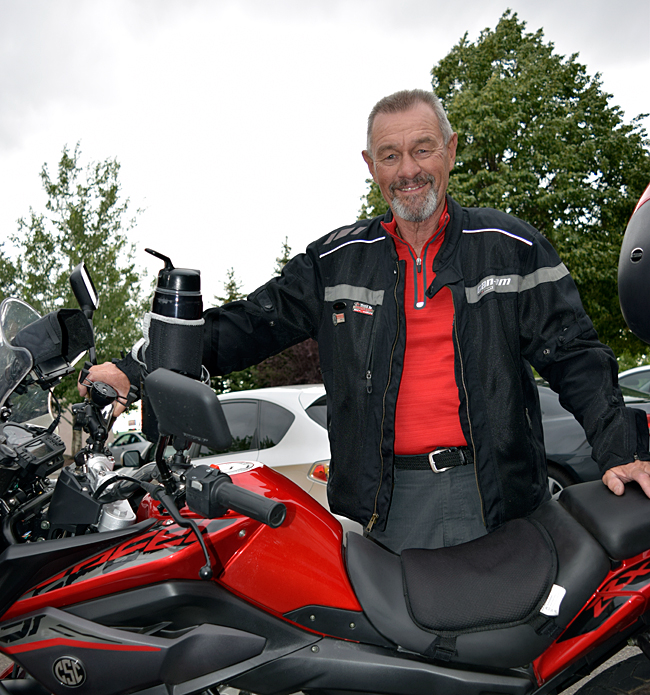 And Lia, who showed up for a test ride…my guess is she’ll be an RX3 rider before too long. 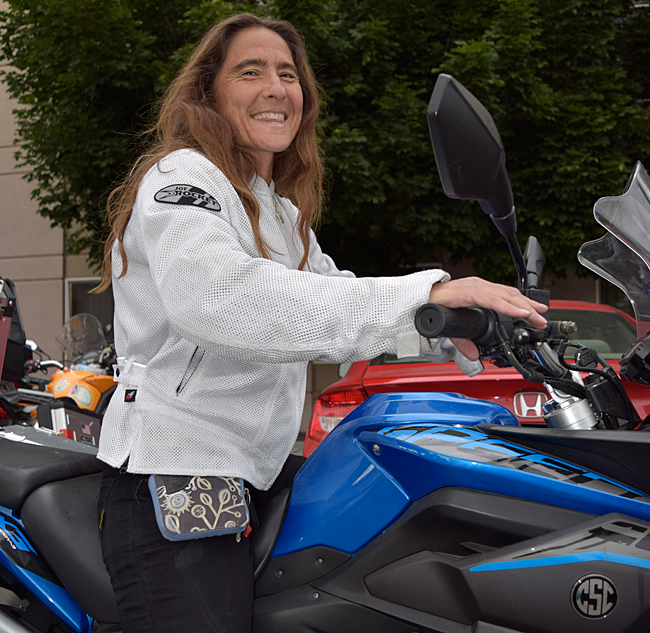 That’s it for now…time for some shuteye.   We’re hooking up with more RX3 riders tomorrow on our way to Boise!  It’s going to be fun!